Emerging From the Shadows (article from The New York Times)

The wine universe has been expanding at an accelerated rate over the last decade or so, and no place illustrates it better than Spain. New appellations have joined historic names. Forgotten regions have reinvented themselves. And everywhere, despite the country’s poor economy, new producers have jumped into the global fray.
According to the article from The New York Times ( published on 22 feb) 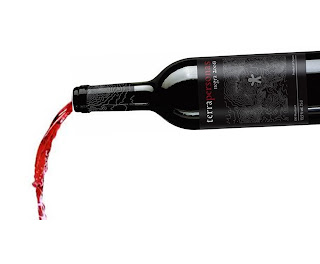 Global is the salient point. No Spanish regions are really new to making wine. It has been part of the culture for centuries, if not millenniums. But unlike the first thousand some-odd years, when consumption was primarily local, winemaking is now a thoroughly global enterprise, and that has required new ways of thinking and working.
One of the foremost examples of Spain’s transformation is Montsant, a small Catalonian region nestled in the forbidding shadows of Priorat’s slate hills.
Priorat itself is both old and new, an ancient region that few outside Catalonia had heard of 30 years ago. Now it is renowned for beautiful red wines that manage to combine power and density with structure, shape and a distinctive sense of place. Naturally, they fetch high prices.
Montsant is an even more recent discovery. Only in 2001 was it carved out of the larger Tarragona appellation and given official approval as an independent zone. Even since then, it has largely been valued for its proximity to Priorat, an association that has had its pluses and minuses.
On the one hand, because the world greatly values the wines of Priorat, Montsant has earned attention as a source of red wines that resemble Priorat’s but for a lot less money. This, of course, is good for business. On the other hand, the constant likening to Priorat has kept Montsant from developing its own identity. This, perhaps, is bad for the soul.
So how do the regions resemble each other? Proximity is one thing, but judging by the many ordinary Bordeaux chateaus that like to note they are just across the way from renowned Latour or Margaux, that doesn’t always amount to much. Montsant and Priorat do use many of the same grapes. Old-vine stands of garnacha and carignan, known in Catalonian as samsó, and in Castilian as mazuelo or cariñena, remain of what was historically planted in the region. They have been supplemented by international grapes like syrah, cabernet sauvignon, merlot and even tempranillo.
The two regions also share a Catalan outlook, and unlike geography, the role of culture should never be underestimated. 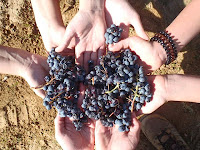 Yet, differences separate the regions. Most significant is the soil. The best Priorat vineyards are planted on steep slopes in unusual, porous, slate like soils, known in Catalan as llicorella, which allow naturally low yields of concentrated grapes. In Montsant, the soil is more varied, though predominantly granite-like sand. The microclimates differ, too.
While Montsant producers generally strive for the same styles of wine that are made in the Priorat, to my taste they don’t quite achieve the drama, intensity or distinctive minerality of the Priorat wines. Nonetheless, they are quite delicious in their own right. In the end, it’s not much of a stretch to liken them to Priorat’s, so long as it’s understood that the wines are related but not identical.
( according to the article from the New York Times)
Salud!!

Barrels are  a important stage  in the wine making, the task is to give the wine more complex- ability and  softness. There are a lot of different barrels. Dimensions in 225 or 300 liters, in age from new to max 4-5 years, from origin ( France/USA/ East Europe), type of  manor to construct the barrel , regions like Limousin, Nevers, Troncais and toasting. ( light,medium, heavy).

All these differences give some special to the wine.
It is the challenge to do the right thing what the wines needs!!

Barrels does two things:
1) it allows a very slow introduction of oxygen into the wine, results in decreased astringency and increased color and stability.
2) evolves the fruit aromas to more complex ones. 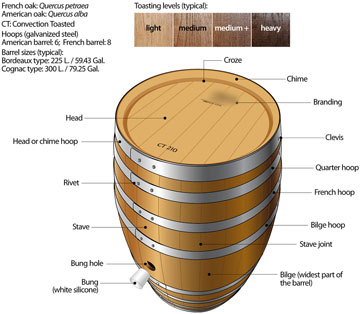 The oak wood is composed of several classes of complex chemical compounds, each
of which contributes its own flavor or textural note to both red and white wines. The most
familiar of these are vanilla flavors, sweet and toasty aromas, notes of tea and tobacco and
an overall structural complexity of tannin that mingles with the tannin from the fruit itself
(in the case of red wines).

The specific compounds creating these delightful nuances in the finished wine are:
* volatile phenols containing vanillin
* sweet and toasty aroma; “oak” lactones
* imparting a woody aroma; provide “tea” and “tobacco” notes
* and  tannins which are important to the relative astringency or “mouth feel” of the wine. 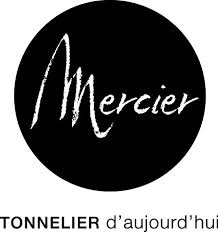 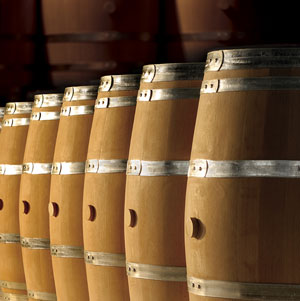 The summer of 2013 has started. The working tempo goes down.
Get up early in the morning, till 12 o'clock.
Thereafter you have to go inside it is to hot to work! After 19.00 hours you can give it a try if needed......


These are shadow temperatures, in full sun it reach 40 deg C easily.
Posted by ruud at 1:42 PM No comments: 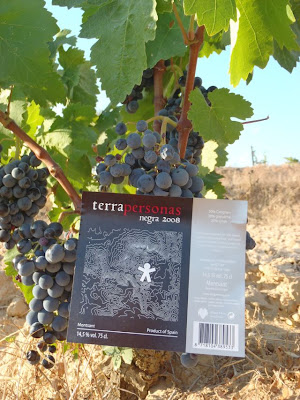 Is a crianca wine 8 months on the wood, carinena, Garnacha a syrah is the mix.
Full bodied, balance, complex and smooth tannic.


*The nose has an explosion of ripe cherry fruit, plums with notes of Monte Bajo, thyme, rosemary and lavender.

Now and then I go for a walk into the Mountains of this region, The Holy Montsant. Official this mountain is called the Serra Major, the people have given her name the Holy Montsant, also named as the
Denominacio Origin -  D.O. Montsant because this mountain can be seen in the whole area. 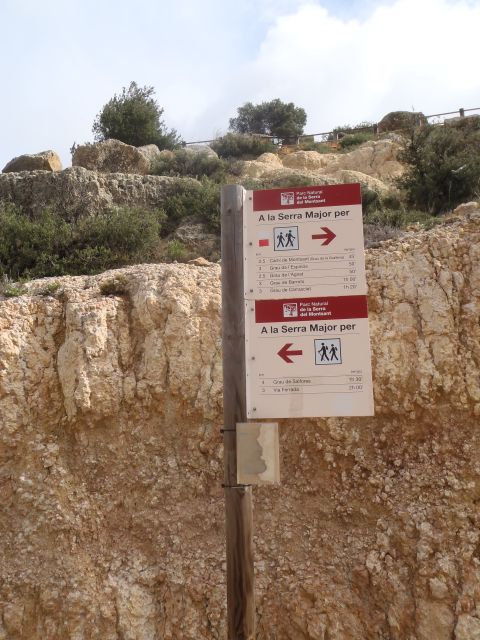 I drive for 1 hour only 35 km away from are finca up north into the Priorat.
A lot of small roads and curves to be challenged. Up to the start of this route in the mountain village of Morera De Montsant. 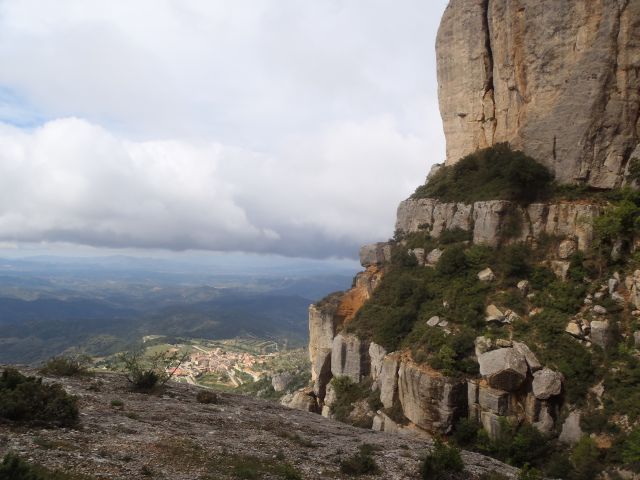 Cloudy weather,  but still amazing views. Morera De Montsant has only 150 inhabitants and is on 750 m high. This picture has been taken much higher....climbing and walking with steel bars in the rocks. Iron cables to support the narrow and deep paths and ridges...

Is a Jung wine with no influences of the wood. Carinena, garnacha and a small portion of Syrah gifs the terroir of the Montsant.
Medium bodied with terroir influences and character.


* In appearance the wine has a beautiful cherry colour with violet highlights.


*On the nose the wine displays a pronounced intensity of wild raspberries, white and black pepper   with floral and violet nuances.


*On the palate the wine is extremely complex and spicy with ripe red and black fruits with a long mineral finish. 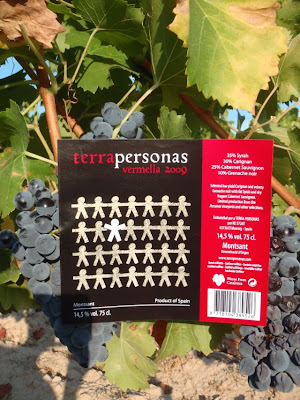